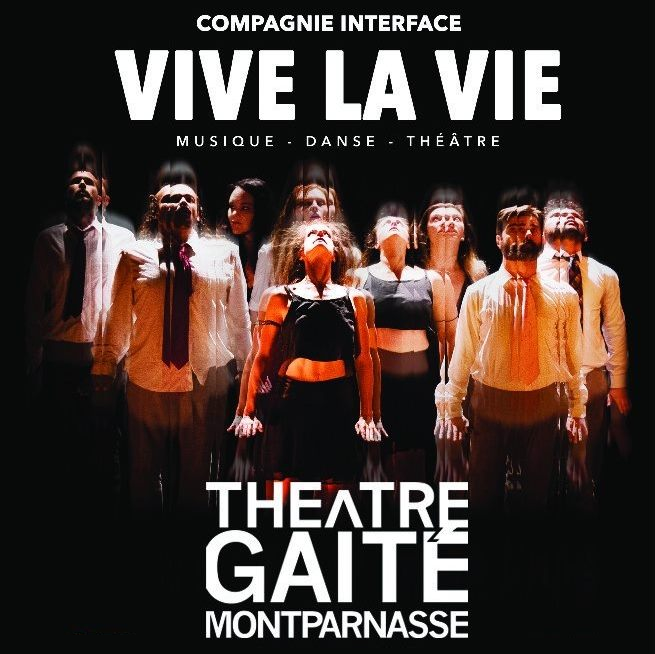 Leaving the Gaité Montparnasse after having discovered Vive la vie by André Pignat and the choreographer Géraldine Lonfat, we find ourselves humming La Montagne by Jean Ferrat. In this show there is the power of the vastness of the mountain pastures. This feeling of eternity. Unchanging gesture. Immortality. A time that commands respect for the men and women of the earth. Throughout the piece the choreography and the verb reinforce this evocative, claiming power. This need to find its forgotten roots. We wiggle on the red armchairs of the Théâtre de la Gaité Montparnasse. Some cherish the idea of ​​going on stage to join the village farandoles. Crazy as you wish. But too respectful the public will take refuge in its role as cultural consumer. Our gaze does not drop from the live performance. It revitalizes our memory. Buried memories, our forgotten roots. Yours too, spectators. The kinship becomes obvious, don’t you think? Why this oversight? This negation of origins? Repression certainly due to our material well-being. So precious that it becomes the dictate of hope. Urban citizens, we forget that we were rural citizens. The show invites us to rediscover it. The turbulence of the choreography jostles us like so many forgotten village festivals. A reflection that hurts. What did we miss? Our selfishness refuses to see it as failure. Present in our genes. We come from this land that nourished us. Roots of each. We wiped it away. We hide this peasant who resists the invasion of electricity on his farm in the high mountain pastures. The electricity fairy from which everything flows. From the descent to the valley leading to the factory and the HLM, to material happiness and to the chicken with hormones, with this feeling of winning a world which is due to us. The questioning of the authors imposes on us the past as a door to the future. The discovery of this show, understand this global show, intoxicating beyond its simple representation.