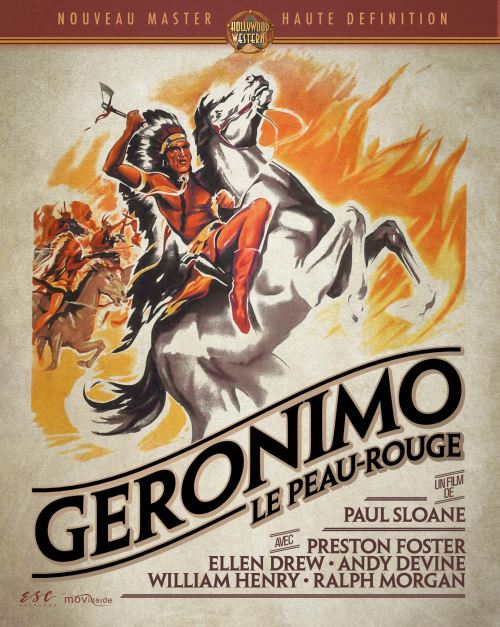 The American dumpling is huge. Death of Bin Laden: code name Geronimo. The Indians are furious. Give the name of a “resistant” to an operation against a notorious terrorist! Maybe that means something else in American memory? Geronimo has remained, in the history of the Indian wars, as the most formidable leader in resistance against the American army. Geronimo terrorist against the American nation who asked only one thing, to plunder the territory of the tribes by flouting treaties never respected? That said, you have to sit comfortably in your armchair, facing your screen, with a beer in your hand (preferably American) to see Geronimo the red skin made in 1939 by Paul Sloane with the title role , Chief Thundercloud, false Indian but true Irish. If we remove the many and varied analyzes (we are in 1939 and therefore several readings of the film are possible on the eve of the Second World War), we are faced with a real anti-Indian film like the B series produced many. He lets himself be watched with the childish taste of these films which had no other claim than to have a good time. Do not look at Geronimo the red skin with today’s sensitivity. Deviant film which uses a film on the cavalry to tell the family setbacks of a father and his son (It is not John Ford who wants). The plot is as simple as an inexpensive comic strip, with red thread making peace or killing Geronimo. You have been warned. And for those who do not know the historical outcome of the greatest chief of the Indian Nations, I advise you to read The Memoirs of Geronimo. While waiting to leaf through the book, let yourself be carried away by the film which has the merit of existing. If the director is a boundless admirer of John Ford. Lynx eye you are, you will easily find the extracts borrowed from it. Let us recognize that the film is roughly “racist” … cinema often writes history at a time in “its history” … So goes the 7th Art.

PS. You will have recognized on the visual on the left Chief Thundercloud in the title role, on the right Geronimo (1829 -1909)